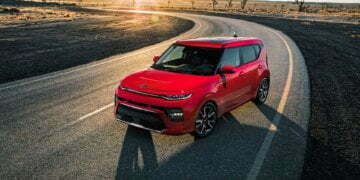 The pandemic has gotten us all to keep a tight note of our budget. The economy is downtrodden, but thankfully, it’s slightly recovering this year. As more and more people are becoming vaccinated, it seems that travel is once again on the list of every American family. But how can a family travel without a vehicle to support them?

In this article, we will look into the best budget vehicles for every family this year. These vehicles are known for their practicality and ability to save families a decent amount of money. They might not be the fastest in town, but they can certainly be around for the long haul.

Let’s start with a manufacturer close to our doorstep: Ford. This company has been around for more than 118 years and has been manufacturing billions of cars since then. However, the manufacturer has produced expensive but high-quality vehicles that will last for many years. But with Ford EcoSport in the market, it seems that the company exactly knows what the typical American family needs in their SUVs.

The Ford EcoSport is the SUV of choice for a family on a budget. It sports a four-seater (or a five-seater if you have babies around) and enough room for luggage in the back. It also has a built-in screen that can be used for all kinds of entertainment. Furthermore, the wide steering wheel offers easy maneuverability compared to other SUVs out there in the market. However, its main strength is that it’s one of the cheapest SUVs in the market. Of course, it’s not going to be the cheapest on this list, but it’s right up there among the few.

This particular budget SUV has a couple of setbacks that are important to take note of. One of which is that it tends to be bumpy, so don’t go driving off-road with it. There is also the feature of unlocking the vehicle’s doors from behind the driver’s seat. This feature can be great for most, but those with children riding at the back of the car. But despite all of this, the Ford EcoSport is still the best choice for a family of four because of its lower-than-average price and maximum utility it offers.

We’ll now go to an overseas brand, specifically a South Korean auto-manufacturer: Kia. Kia has been making strides in the US for its super cheap and compact vehicles. But don’t mistake that for low-quality, because Kia vehicles can last as long as any other brand in the market if given the proper care. With this being said, we now introduce you to probably the cheapest SUV in the market and this list: Kia Soul.

The Kia Soul might not be the most elegant in design compared to other SUVs on this list, but it is easily the most spacious. Six family members can fit in this vehicle, given that you have two or more children. That’s comparatively more space than the Ford EcoSport we’ve mentioned above and at a much lesser base price. It also has a good cargo room if you’re planning to bring a couple more luggage on your trip.

Despite its massive strengths as an SUV, the Kia Soul has its own set of disadvantages. Many reviews on the internet state that it has its own set of engine troubles, but people tend to dismiss this problem because of its long warranty. However, it’s good to have a good auto mechanic on call just in case if you do purchase this vehicle. Furthermore, the Kia Soul also utilizes cheaper material in its interior and does not utilize leather seats compared to other vehicles on this list. Nevertheless, it is still more than a decent choice for a family SUV and one that will certainly get you to places for a fraction of the price.

The last on this list but certainly not the least, is the Hyundai Kona. Hyundai, as an auto-manufacturer, has been known for its versatility and innovation when building cars, and both of these traits are certainly seen in this wonderfully designed vehicle.

The Hyundai Kona looks sleek and more luxurious when compared to other vehicles on this list. It also has a much faster driving speed and is known to be less bumpy when compared to other budget SUVs in the market. It’s also a five-seater, so you don’t have to worry about the room if you plan to bring your family on a trip. However, it does have less cargo space compared to the Ford EcoSport and Kia Soul, but a wire rack on top can definitely fix that problem.

The Hyundai Kona might be the most expensive budget vehicle on this list, but it can easily be the most worth it.

These are three of the best budget SUVs right now in the market. These SUVs can fit your family for long road trips you might have planned over this weekend. Just make sure to bring your masks because safety is still first during this pandemic.